There are different blogs available online which talk about how to get started with openvswitch but they don’t tell you much about the technicalities. They just give you a whole bunch of commands and somehow all of it works but if the scenario is changed a little then nothing works out. So here’s my attempt to clarify things a little more.

UPDATE: I was not able to setup openvswitch using a Wireless Interface but wired interface works without any issues. So in the diagrams below I should use a wired interface, apart from that the whole tutorial will be same. 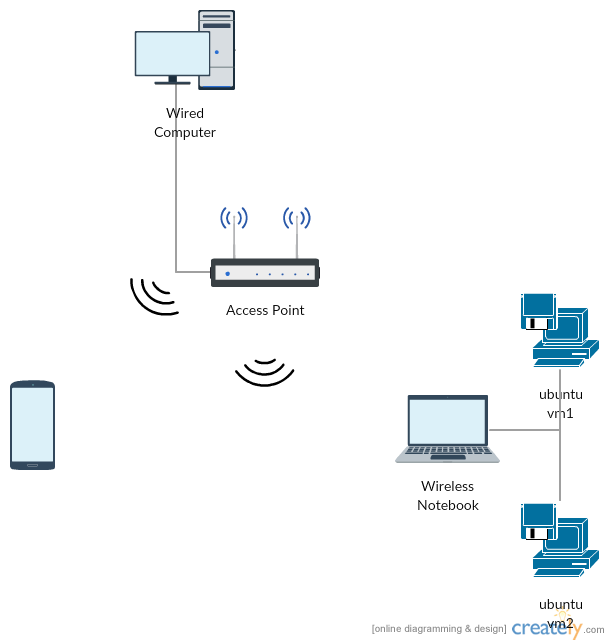 Final Expected Result.
Obtain a DHCP IP on my VM and reach to the apache server installed on the VM from my mobile. A setup similar to this 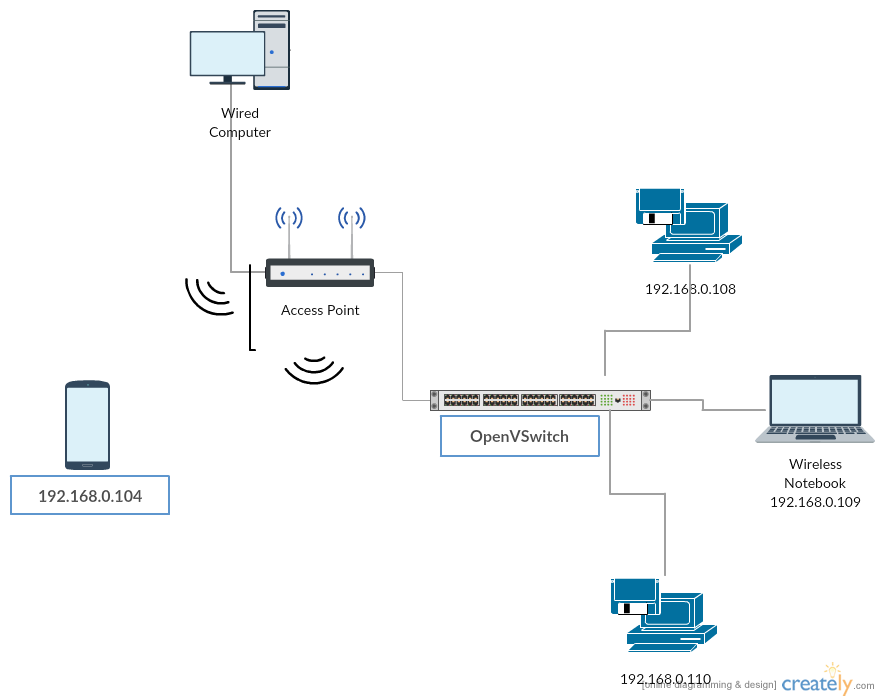 Here we have a virtual switch which is virutally connected to the access point and now even though both VMs are spawned on the Wireless Notebook, still to the network it appears as if they are independent machines.

I assume that you have virtual box installed already. Also keep ubuntu 14.04 or 16.04 server image ready. You can use the desktop image also, I’m recommending server image since its lite.

There are many other ways to install but this worked properly for me on ubuntu 16.04

Before typing in the commands I strongly recommend you guys to check out these videos. They explain very well what a bridge is. You will be able to understand how this solution works only if you understand bridging properly.

Once you are done watching that video, try the following command to create a bridge:

This will create a bridge interface which will be used by OVS.

First of all what’s a TAP Interface?
I strongly recommend going through this blog Virutal Networking : Linux Bridge, it explains what is a TAP interface and why we actually need it. It also explains how virtual network can be created using bridging and virtual interfaces.

Tap interfaces are special software entities which tell the Linux bridge to forward Ethernet frames as it is.

ovs-vsctl add-port br0 wlp3s0
// This connects wlp3s0 interface to our OVS.
// Replace wlp3s0 with your interface name. It’s the interface which // is used by your host machine to connect to Internet.

Save the inet address and netmask somewhere, you will need it later.

Shut down your VM after installation is done. Open VM Settings. 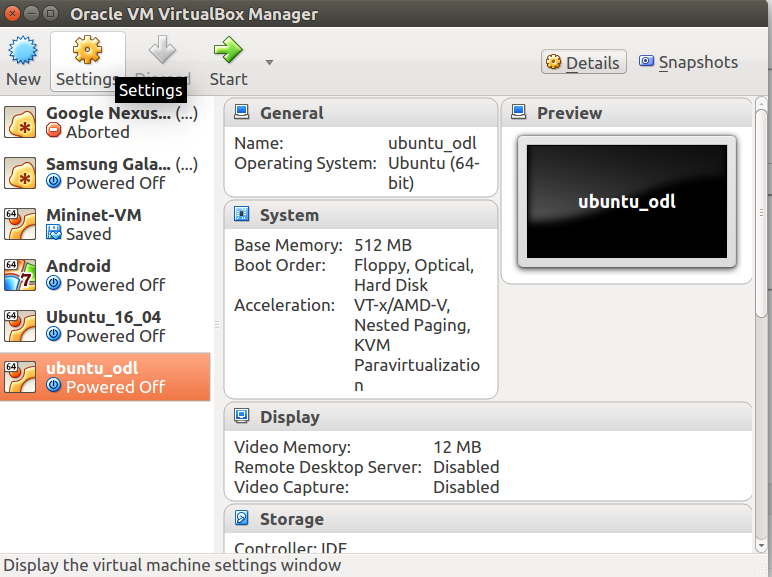 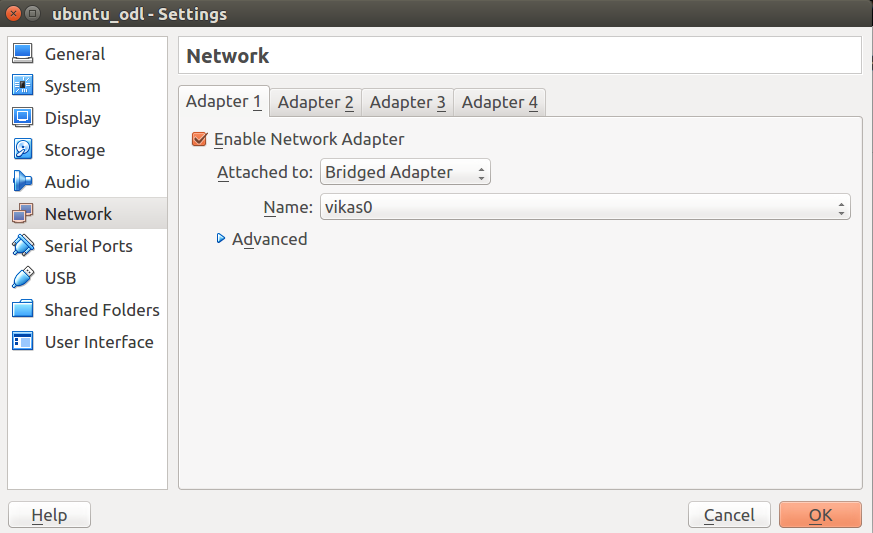 UPDATE: If you used a wireless interface with openvswitch then your VM won’t obtain the IP.

And you are done. Hope it helps

UPDATE 2:  If you try this out on a wireless interface then you might loose connectivity after you try reconnecting to Wifi. To fix that type in the following: